They were brothers of my great great grandmother, Alice Morgan nee Kelly (1834-1904)

Their parents were Cornelius Kelly and Mary Moloughney of Dualla, Tipperary, Ireland.

Michael was born there in 1836, Thomas in 1843 and William in 1846.
Michael went to Kimberley, South Africa and I am presuming he was a miner there as he did very well for himself.

Kimberley and its diamond mine http://afinitas.org/Watson/RevJohnDD/Kimberley.htm

Michael contracted tuberculosis and came to his sister, Alice,  at the Cross Keys Hotel Essendon  in Victoria,  Australia where he died of the disease six months later in April 1898.
In his Will he left quite a lot of money to family members.
Michael’s Will can be read here. 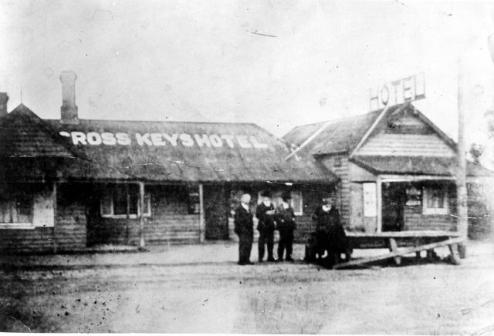 Michael’s younger brother,  Thomas Kelly  migrated to Australia in 1858 at only 13 years of age along with two other brothers, John  and William.
They arrived  just in time for their sister’s wedding that same year.
Thomas then moved on to New Zealand, obviously drawn by the gold rushes there.
He also did well from mining.

The above photo is courtesy of the late Brigid Simpson and her sister Mary.
Thomas was one of three men involved in “Noble’s Rush”  on the Grey River , South Island of New Zealand.
Robert Noble was granted the prospector’s claim on a tributary creek of the Big Grey, just above Mackley’s station: five hundred men were there to see Noble’s party of three win seventeen pounds’ weight of gold in their first week’s wash up;

William Kelly was much harder to find but mention in his brother Michael’s Will states he was a “speculator” for West Australian Mining.
Apparently a “speculator” is another term for a miner.
The only William Kelly I could find on further searching was the death of a William Kelly in 1899 in Queensland.
His parents were named as Con Kelly and Mary O’Loughlin.
I’m told the surname Moloughney is pronounced with the ‘gh’ as MolloKney which I have read is also interchangeable with McLaughlin etc.
William’s occupation was miner.
~~~~~~~~
I’m lucky to have a couple of little books written years ago by family members about their experiences in the Australian goldfields.
In about 1891 my maternal 3rd great grand uncle, Edward Hulme,  wrote a small book  called “A sketch of Life”.
It was an account of his emigration from England to Australia and in it there are a couple of paragraphs about his mining experience and even an account of his “200 mile tramp through the bush” which was from Melbourne to the Beechworth goldfields. 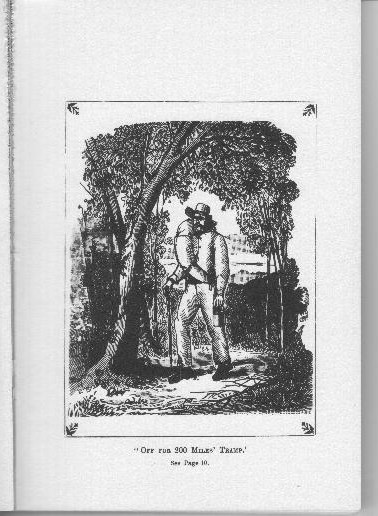 Another instance of my ancestors who tried their hands at mining.

Peter was a miner for a while at Talbot in Victoria.

Agnes was the daughter of Peter Webster Mason and Margaret Leslie Mason nee Carstairs from Scotland.

The following is an excerpt from George Rathbone’s book

In the early years so scarce were women on the goldfields that at the appearance of one, the miners would shout “there’s a woman”. So the Mason and Martin families were drawn together for comfort and refuge.

None of the friends had any great gold finds, only sufficient to satisfy their needs.

The families were fortunately away from the Ballarat goldfields at the time of the Eureka Stockade.

He started mining at the Bendigo and Clunes district of Victoria.

Although he was not very successful he secured one fine nugget which turned the scale at 3lbs 2oz.

He moved on to farming after about 18 years on the gold fields,